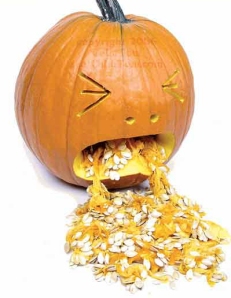 I’m warning you in advance, this is going to be TMI for a lot of people.  Feel free to skip; I won’t be offended (and I won’t even know, which makes it all very easy).  But this is something I need to record as part of my lapband journey so I remember the lesson.

If you’d asked me before I started this process if throwing up meant anything but vomiting, I would have said no.  I know better now both from research and personal experience. The “other kind” of throwing up is known in bandster land as PB’s or Productive Burping.  It sounds a lot more pleasant than it is.

The experience came on Friday at lunchtime while sitting in the law school dining hall.  My lunch was about 2 oz of sliced turkey from the sandwich lady and a hardboiled egg from the salad bar.  Both were proteins that I thought I could handle but I couldn’t, at least not together.  I ate about 1/2 of the turkey and maybe 1/2 of the egg when I started feeling sharp pain in the middle of my chest, just under the bra line and just above where my port is located.   I knew I was in trouble but didn’t know what to do.

One of the dining hall staff sitting across the room facing me saw my face and recognized what was happening; she had gastric bypass and lost 145 lbs several years ago.  We’d talked about the procedures before and she knew where I was in my process.  Apparently my face had turned gray.  She led me outside, going through the kitchen to the closest door, to get me with some fresh air, and asked one of her colleagues to bring me a bottle of water.

I knew I had to throw up.  I wanted to but food was just stuck and I didn’t know what to do.  She told me to try and relax, that being stressed and scared just made it harder.  (Easier to say than do.)  All of a sudden, part of the lunch was on the sidewalk.  My chest felt better but there was more there, and sure enough, I did it again a short while later. I ended up back in my office waiting to see if things were settled down enough for me to go home early.  I managed to PB another 4-5 times, fortunately in the restroom, and finally figured that everything I’d had for lunch was gone.  That’s when I went home.

What was different from normal vomiting was that this stuff was slimy with saliva and mucus generated by the body to try and lubricate the blockage.  Nothing tasted sour the way it does if you really vomit, since that brings up stomach acids and tastes horrible.   It’s really important for bandsters to not vomit if at all possible, since the pressure needed to eject stuff from the big stomach can dislodge the band as the material comes through the small opening to my pouch and then up the esophagus.

There are several reasons why this happened, and I need to remember this lesson.   I was eating too fast, the pieces are more normal size instead of the “pencil eraser” size – and the food was too dry.  My food needs to be moist, in small pieces, and eaten slowly.  I was good at it in the beginning but have slipped up.  That has to stop.

I’ve had one fill which hasn’t really done much of anything to restrict my eating, which I’m doing from willpower.  I’m usually not exceptionally hungry and have been able to avoid trouble spots.  But I’m hoping the next fill will help add a little restriction until we get to the sweet spot.

In the meantime, Friday’s lesson was one that I had to go through in order to really understand why those eating rules matter.

2 thoughts on “When is Throwing Up not Vomiting?”