Saw this on another blog and it’s worth posting here for wider exposure.  Well said.

Rolling your eyes about Sarah Palin’s latest TV interview with Katie Couric?  (if not, you should be).  It’s so easy to do that and talk about how stupid she sounded, making fun of her and denigrating the whole process.  I’ve done that.  But this isn’t constructive at all.

Take that energy and do something with it:

Just make sure you’re not just complaining about potential witchhunts. 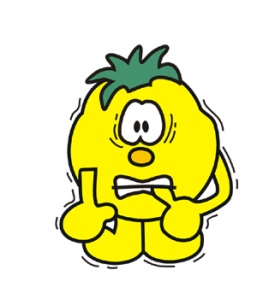 According to a Weight Watchers email I got this week, September is the second highest time for people to focus on weight loss, trailing only January and all those resolutions.  I’ve heard many of Us say over the last 10 days that now it’s time to get serious, to really lose the weight, and wondered why I’m just not there.

But I don’t have to be.  Oh sure, I’m fat and losing weight is Really A Good Idea for me medically as well as all of those other reasons we talk about.  But if I was really ready to do it, I would just do it.  Right now I’ve decided that my goal is to just stay where I am and not gain.

For those who are wondering (the one or two of you), I’ve decided that weight loss surgery is not an avenue for me to pursue, at least not now. You have to be very focused, very clear, very committed to it and I’m just not.  I have memories of doing protein-sparing modified fasts back when I was a patient at a university obesity clinic (and boy, that was a fun name for a place), and although it was wildly successful in producing weight loss, it did mess up my GI system some and I obviously haven’t kept the weight off.  While WLS might be a good solution, it’s not something I want to do.

Instead of focusing on food and eating these last weeks, I’ve been preoccupied by politics and hurricanes.  The more I learn about Sarah Palin, the less I want her elected, and I’ve been reading the Mudflats blog as well as traditional news sources, rolling my eyes at almost everything.  But there is an element of fear, too, at what might happen should McPalin roll into the White House; at the idea of the fundamentalist Christians setting domestic and foreign policy.  So instead of just watching the politics this time, I think it’s time to see what I can do to help elect the people I think should be there. 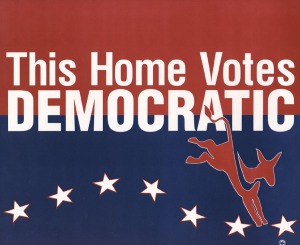 For the past 20 years, I’ve lived in liberal New England states and have been very much at home.  My family lives in Texas and I’m sure they wonder what happened that I turned out so wrong.  They are evangelical Christians who go to Bible study and church every Sunday.  I believe in God but don’t go to church.  They are pro-life; I am pro-choice.

They shoot guns when given a chance and eat what they hunt.  I hunt in the grocery store.  I recycle; my mother says that I wash my garbage.  They drive big trucks and SUV’s while I drive a little Saturn and pine for a Toyota Prius.  They are uncomfortable when gay and lesbian issues are raised.  I celebrated with my gay friends who were finally allowed to marry in MA a few years ago.  I oppose the war in Iraq; they support the president.

And I am a Democrat while all 8 of them are Texas Republicans.  They couldn’t vote for a Democrat if the fate of the free world depended on it (which it might).  My stomach churns at the idea of voting for a Republican, especially this year.

I didn’t vote for Hillary in the primary but I was happy that she ran and did so well, even while I was nervous about how she would handle things going into the convention.  I would have no problem voting for a qualified woman and think it’s about time we have some ready to run for national office.

But Sarah Palin just baffles me – even as she delights my family.  This gun-shooting, moose-eating, pro-family, Christian governor doesn’t match any of what I look for in a national candidate, especially as the VP candidate running with someone who would be the oldest sworn president entering his first term – a man who is a cancer survivor, to boot.  Palin is not someone I trust to step in and be president.  Period.

Tonight my mom blamed the liberal media and “those Democrats” for the negative press that Palin has been getting.  We should be supporting someone who is so strongly pro-life and lay off of the daughter, and focus on the excitement that Palin brings to the ticket.

Well, no, I don’t think so.  It doesn’t make me excited, it makes me crazy.  The family is off limits and I will support that — for both families.  But Palin isn’t someone that most people have ever heard of before, and it’s natural that questions are being raised.  And in this Web 2.0 world, there’s no way that opinions remain local.  My favorite Alaskan blogger is Mudflats;  I’ve learned a lot from reading his posts and recommend them to you.

I’m far more comfortable here in my liberal heartland with friends who are liberal and who share political agendas.  And I’m already not looking forward to going to Texas for Christmas, where I’m terribly outnumbered and feel out of place.